Skip to content
You are here
Home > Chit Chat > We actors, are tired of listening ‘Budget Nahi Hai’: Rishika Mihani 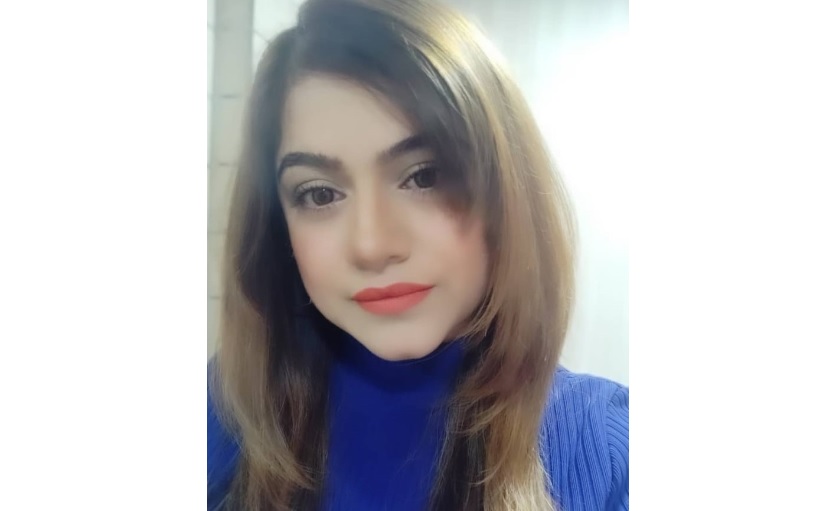 Recently, the news of actor Manmeet Grewal committing suicide shook the industry to the core. As per the reports, Manmeet was dealing with Depression due to financial crisis that made him took this extreme step.

After Manmeet’s suicide, many actors came forward and raised their voice against the non-payment issue that makes an artist or a technician suffer often.

Actress Rishika Mihani has taken a step forward and decided to raise her voice against the non-payment issue and exploitation of actors and technicians. Giving a platform to all the victims of non-payment issue to raise their voice, she has created a Facebook page named ‘Actors and Technicians United, Mumbai’ along with few of her friends from the industry.

In a conversation with ItsEZone.com Rishika revealed more about this initiative and also questioned show makers and CINTAA (Cine & TV Artists Association). Excerpts from the conversation –

The actors are fed up of listening ‘Budget nahi hai‘ – “I want to tell this to all the producers that we are not here to support your lifestyle and expenses and the channel shouldn’t give work to any producer who has been found a defaulter in giving payment. If you don’t have money to make a show then you shouldn’t! A producer starts a show with a budget which includes everything right from paying the cast and crew to the set expenses and still they save a lot of money per episode. That’s why they make us work for 16-17 hours a day so that they can save on our per days. No show goes in loss because all the money comes from the channel. We actors, are fed up of listening ‘Budget nahi hai‘ from the show makers. If you don’t have any budget then don’t cast actors and roll a show.”

Why should an actor settle first? – “There is a contract which is completely on producers’ side and made for their comfort level that we will get paid after 90 days. We are always asked to work more than the basic minimum working hours decided by the CINTAA. We don’t even get time to have our meals on sets as someone or the other keep telling us that our shot is ready. I want to ask that why even the talks for settlement arise when the time comes for our payment. Why we should settle first? It is our hard earned money. There is no where written in the contract that if the show will be a flop then we will settle or if the show will be a hit then we will take more money. How many more suicides you want?”

Be clear with what has been written in the contract – “The cast and crew of ‘Hamari Bahu Silk’ have not been paid for last seven months. You have kept their money for last seven months and you must return it with the interest amount but you are telling them to settle in 40%. Why this wasn’t written in the contract that we may get only 40% of our hard work so that we could have worked accordingly. Be clear, otherwise don’t make a show.”

Producers file a defamation case against the actors who go on social media to raise their voice – “Actors get forced to go on the social media to raise their voice. First you don’t pay them and then you become unreachable. When they take things to social media then you file a defamation case. Producers wait for actors to go on social media so that they file a case against them. A producer can still fight a case for two years because they have our hard earned money with them. Its easy for them but not for actors and that’s why they agree for settlement. My question is for the CINTAA that we never ask for any help from them because we have never seen getting anyone any kind of help from them. Did they provide any help or any compensation to Manmeet’s family? They conduct classes on ‘stress management’ but it all will happen when people have their own money in hand. We are not even telling you to send us a certain amount of money in the lockdown. Atleast release our money which we have earned.”

The producers should have a fear which they don’t have – “This time I want to see somebody young and active elected during the election of CINTAA, somebody who is not afraid to raise their voice and bring in the change. The producers should have the fear that if they will prove a defaulter then CINTAA will ban them for five years and they won’t be able to make a show.”

Why CINTAA hasn’t brought any changes since so many years? – “Why are actor always scared that if they will raise their voice against the wrong then they won’t get any work? The actors are bound to do that because they have to bear all their expenses and it takes time to find another job. My question is from CINTAA that why haven’t you brought any changes since so many years? CINTAA will tell you that actors agree for settlement on their own so what can they do now? The actors have no option because they know that CINTAA won’t pay their rent and bear their expenses.”

There should be some laws made for the producers to follow – “CINTAA should sit with the producers and make some proper laws. There should be some do’s and dont’s for the producers. Why there is a ’90 days payment’ rule even exists? Why will anyone work for free for almost half a year? There should be a ‘first to first’ salary system. If you are asking for grace period, then you need to pay us for that too. We will work decently and you should do that too otherwise we won’t respect you as producers. When we sign a contract we see certain amount of money that we expect to receive in certain days and many times we commit people for payments but we fail to do so due to the delay in receiving our payments. This has to change!”

Such producers need to be shamed publicly – “I remember to settle 75% of my amount when NDTV Imagine was shutdown. Everybody had to settle! Some of them were fighting but at the end they had to settle because all the actors had already taken their amounts. The actors had to settle because the channel was shut and they needed money to bear their expenses. The actors have to stop worrying about not getting any work and raise their voice. The one who is not giving you your money is no less than a criminal. They are beggars, not us. They need to be shamed publicly. The page I have created is for the people who want to shame anybody like that. They can come and shame them there without involving yourself, its fine I will take the blame but it has to be done.”

This group welcomes everybody who want to raise their voice – “People who are interested in politics shouldn’t be in CINTAA otherwise you should leave and give opportunity to someone who is ready to bring some change. This group welcomes everybody! If anybody wants help in knowing how to start acting or raise voice against any exploitation then they can come there and speak up. The exploitation has to stop and this garbage has to go. Nepotism has to stop! We are the voice!”

Bollywood Star Salman Khan gets bitten by a Snake