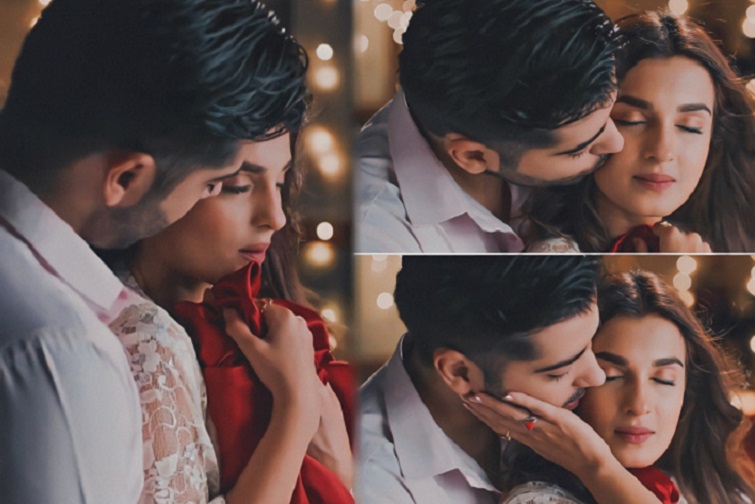 Shiny Doshi’s role of Dhara in Pandya Store has been one of her favorite characters. The actress had shot a romantic song with her co-actor Kinshuk Mahajan, who plays Gautam, Dhara’s husband in the serial and quite appreciated by the audience.

“We recreated a ‘Maine Pyaar Kiya’ song starring Bhagyashree and Salman Khan. Dhara has been wearing traditional outfits in the show. She is a very traditional girl and has never worn western outfits. So seeing everyone else in the family wearing western outfits like gowns and all, Gautam feels that even Dhara should wear something similar and gives her a dress. That’s how the track starts,” she reveals.

Bollywood songs have always had a special place in Hindi shows and add value to the sequences on the tube. “Of course it does. I love Bollywood songs and ‘Mere Rang Mein Rangnewali’ is one my favorite songs. ‘Maine Pyar Kiya’ is my favorite movie and recreating something based on the songs of the film is something very beautiful and makes you feel special when you are performing it in front of the camera,” she says.

Talking about how much she relates to her character Dhara, the actress adds that there are some similarities. “She is like me when it comes to her love for her family and husband, making sure that everything is going fine with them. She is always trying to sort things out rather than creating problems for others. Unlike Dhara, who is traditional, Shiny is modern,” she explains.

Shiny adds that off-screen and on-screen she obviously has different personalities. “On screen, I am playing a character that’s not who I am in real life. What probably matches are our struggles, family and love related issues, health problems etc. Dhara, for example, is someone who is always wearing traditional clothes but I wear everything from dresses, shorts, pyjamas, jeans to sarees.”

“Dhara and I both are full of life, emotional, loving and caring and keep our family first. At the same time, I also take care of myself. If I don’t love and understand myself, then I won’t be able to do that to others,” signs off Shiny.

Ishq Mein Marjawan 2 Upcoming: Is it really Riddhima in the red leather outfit?