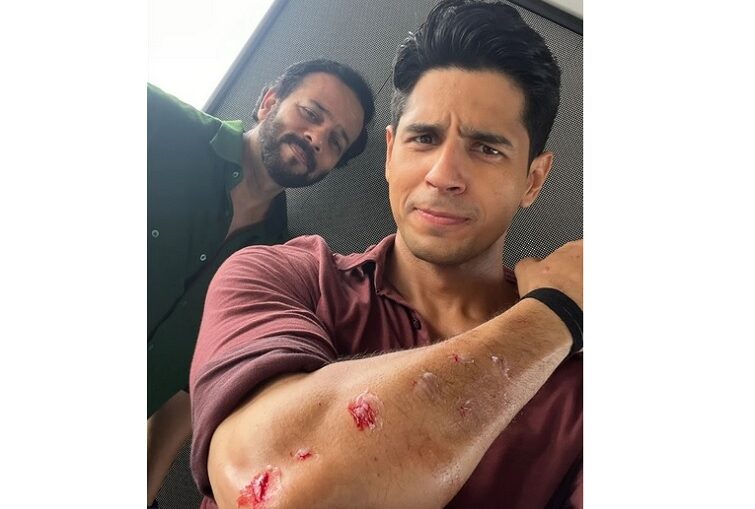 Recently, Sidharth got injured on the sets of Indian Police Force while filming an action sequence. He took to Instagram to share a behind the scene video of the sequence in which he got hurt while breaking glass. Rohit Shetty is seen operating the camera when Sidharth is performing the action.

In the next slide of his post, Sidharth has shared a picture of himself with Rohit Shetty. Sidharth’s wounded hand can easily be seen in the picture.

Check out the video right here –

Rohit Shetty’s Indian Police Force will stream on Amazon Prime Video. The team is currently filming for the action series in Goa.