Skip to content
You are here
Home > Chit Chat > My parents got divorced when I was six: Sumbul Touqeer Khan aka Imlie 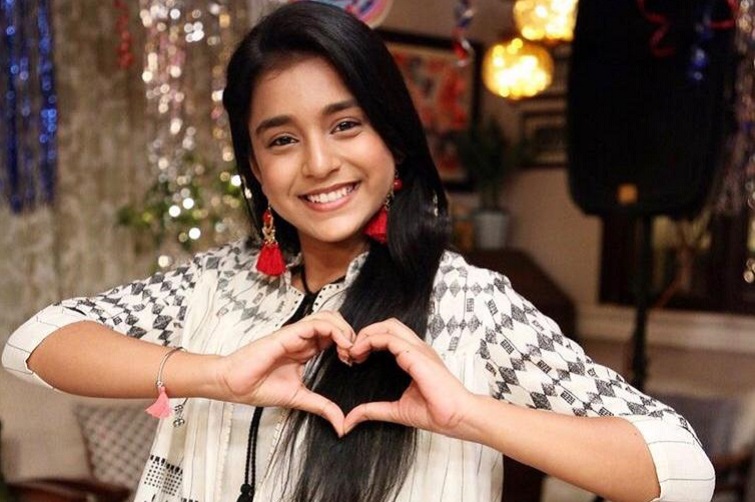 With an interesting story line, exuberant cast and crew, Star Plus’ popular show ‘Imlie’ has managed to keep viewers hooked since its launch.

Retaining its rank at no. 2 amongst the other top TV shows in the industry, the current track focuses on how Aditya (Gashmeer Mahajani) is forced to visit Pagdandiya along with Imlie (Sumbul Touqeer Khan) wherein he tells Imlie that this time she will not return with him to the city and live in Pagdandiya forever.

Sumbul Touqeer Khan is just 18 years old and has come a long way in her life, from being raised by her father to becoming a household name with her very first TV show ‘Imlie’. She opens up on her journey to fame and much more.

Living her father’s dream of pursuing something big in life, Sumbul Touqeer Khan says “My father is a dance choreographer in several dance reality shows and he always wanted his kids to do something big in life. He saw that his kids — my sister and I — had a great interest in dancing so he gave this a thought and finally decided to pack his bags and bring us all to Mumbai from Delhi in 2016 where we could try our luck in the entertainment industry. So this acting ka keeda was basically given to me and my sister (who too is an actress) by our dad. My sister and I did a lot of Krishna and Ram Leela plays in Delhi from where we got inclined towards acting.”

Talented actress Sumbul Touqeer Khan further commented “My parents got divorced when I was six, though life was different yet not difficult as I loved my dad who took care of me and my sister like a father and mother, both. My father used to wake us up for school, get us ready, prepare our breakfast and then after we used to go to school he would go to work. I was very close to my mother till we were in Delhi. My father didn’t have any problems with that but I lost touch with my mother after we shifted to Mumbai.”

Sumbul says she also tried once to find a suitable wife for her dad, “My dad never remarried as he wasn’t sure how his daughters will be treated by the stepmother. I have tried finding a bride for my dad once but the experience wasn’t a good one. So as much as I would like him to be remarried, I would want him to be ready first for this.”

Tune in to watch Imlie from Monday to Saturday at 8:30 PM only on Star Plus.