Skip to content
You are here
Home > Telly-Zone > ‘Mann Ki Awaaz Pratigya 2’ Upcoming: Krishna resorts to becoming his old self for his son 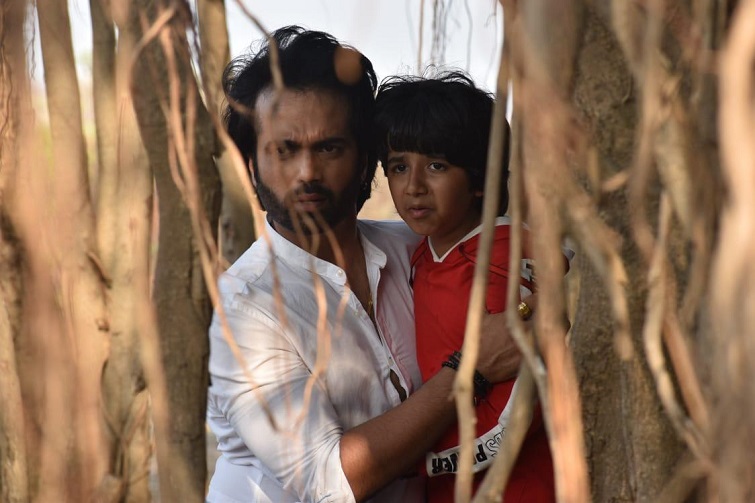 Rajan Shahi’s ‘Mann Ki Awaaz Pratigya 2’ kick-started with a powerful track. Pratigya (Pooja Gor) and Krishna’s (Arhaan Behll) son Garv (Dhruvin Sanghvi) gets involved in an accident without any fault. Krishna promises to keep it a secret from everyone, but how will he save him from this?

Krishna’s brother Shakti (Sachal Tyagi) has two sons who lock Garv in a car and push him downhill. The car loses control and hits a boy who falls off the cliff and dies. When Krishna gets to know about it, he inquires about the accident and gets to know that the young boy was Balwant Tyagi’s (Chetan Hansraj) son.

Garv later tells him that he dropped his spectacles at the accident site and Krishna decides to get it back. He leaves home at midnight but once he reaches there he finds Balwant and his younger brother looking for clues to connect to the death of his son. Though Krishna found Garv’s spectacles, he couldn’t pick it up.

In the upcoming episode the audience will get to see that Balwant finds the spectacles from the accident site. Meanwhile, Krishna is heard saying that he will have to become the old Krishna to save his son from Balwant. Also, Pratigya is asked to take up the case since she is the only government prosecutor present.

Will Krishna tell the others about the accident? Will he tell Pratigya about it? How will Krishna react when he will get to know that Pratigya has taken up the case? To know what happens next keep watching ‘Mann Ki Awaaz Pratigya 2’.

Produced under Shahi’s banner Director’s Kut Productions, ‘Mann Ki Awaaz Pratigya 2’ is being lead by Pearl Grey as the showrunner, creative producer and writer. The show airs on Star Bharat from Monday to Friday at 8:30 PM.