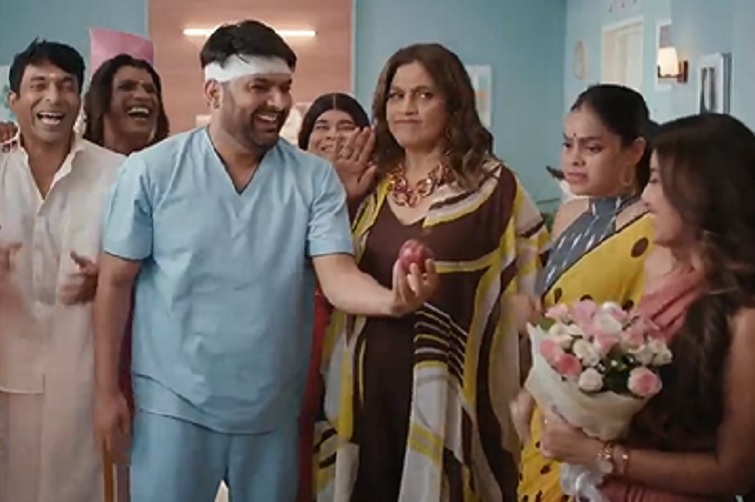 The Kapil Sharma Show is back to entertain its viewers after a short break. The channel has finally released the much awaited promo of the upcoming season.

The upcoming season of The Kapil Sharma Show will have a new addition to its cast. Popular television actress Srishty Rode has joined the cast of the show as Gazal, Kappu Sharma’s love interest.

In the first promo released by the channel, we can see Kappu (Kapil Sharma) lying on a Hospital bed surrounded by his friends. While Kappu fails to recognize his wife (Sumona Chakravarti) and calls her ‘Behenji’ he immediately run towards Gazal (Srishty Rode) and gives her a hug after recalling her Scooty number.

Later, everyone burst into laughter when Archana Puran Singh makes him realize that he doesn’t remember his wife but perfectly remembers Gazal’s Scooty number.

The new season of The Kapil Sharma Show will air from 10th September onwards on weekends at 9:30 PM. Watch the promo here –

Host Kapil Sharma has sported a new look for the season, styled by his wife Ginni Chatrath. His look was revealed by him on social media a few days ago that went viral.

After Gopi Bahu, Meet Topi Bahu who is washing the Laptop

Working with an experienced actor is a blessing: Aditya Khurana on working with Shivangi Joshi