Skip to content
You are here
Home > What's Up > Producer Rajan Shahi is all praise for Harshad Chopda, actor says he feels ‘valued’ 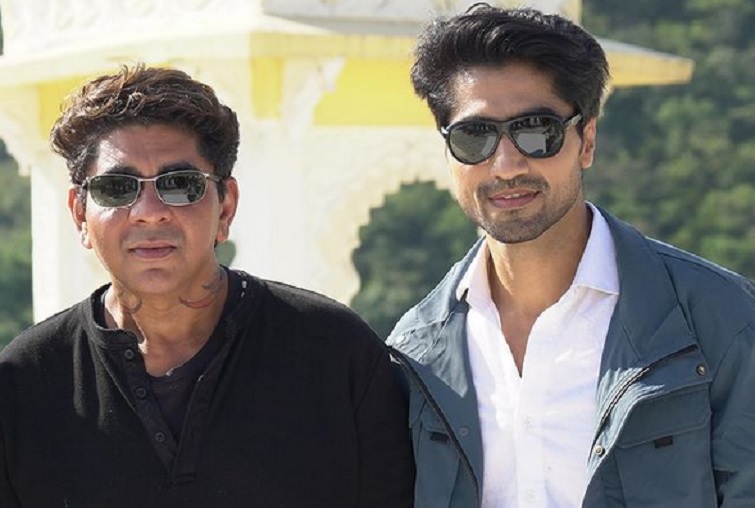 Rajan Shahi’s ‘Yeh Rishta Kya Kehlata Hai’ is one of the longest-running TV shows on Indian television. About a month ago, the show took a leap and a new cast came on-board to take the story forward. It’s not news that Rajan Shahi shares a very friendly and warm bond with the cast and crew of his show; a testament of which we got to see recently.

It was Rajan’s birthday on December 3. The lead actor Harshad Chopda took to Instagram to share a warm wish for him. He appreciated the ace producer for his passion and dedication towards his work. Harshad wrote, “There are very few people I know who live to work, You’re one of them. With due respect and love Happy Birthday Sir. P.s- Your immense love and support for your team is really admirable. #dudes #of #yehrishtakyakehlatahai #yrkkh.”

Rajan was travelling during his birthday, so he thanked the actor after his return for his good wishes. He also confessed that he is a big fan of him. Not to forget, this is probably the first time that he has said something in length about Harshad, since he came on-board the show.

Rajan’s reply read, “Thanks Harshad and what makes the work seem like an amazing fun-filled exciting adventure which rejuvenates you makes you younger day by day is working with an actor and human-like you… a big big fan of yours when I see you each day the excitement energy humility and sheer joy you get in playing Abhimanyu ..the positive energy and synergy you create within and around you be it your costars and unit..I truly get inspired and we dkp’ians say “Harshad bilkul hamare jaisa hai..ab tak kahan tha” as they say the correct happens at the correct time with the best..ha ha truly enjoy seeing you the way you enjoy your craft as an actor … it makes it worth it to for me and yrkkh team to “live for work”..as it makes me a happy human and of course happiest producer..work is worship we have that amongst a lot of other good things in common..best wishes and thanks in contributing to me becoming younger..ha ha Thu Thu Thu.”

Harshad’s reply caught our attention! He not only credited Rajan and the production house for taking care of him well but also mentioned that they make him feel valued.

He wrote, “In a world where actors are supposed to be products, you have treated me with care and attention. I have felt valued and that’s a beautiful feeling any actor can feel. It’s my happiness you see in the form of positivity on the sets, relations people, and humility. My experience with you has humbled me and how wouldn’t I become this person. Aap logon ke saath aap jaisa ban gaya. DKP is almost home to me. We must have worked way down in our career journeys but this experience seems to make perfect sense to me. It’s an answer. I am happy you thought of me for Abhimanyu as I am living the character. May you only get younger as a person and stronger as a producer. Thu Thu Thu may this synergy and energy be protected from any and everything in the world.”

This is what Rajan and his team at DKP and Shahi Productions does. Their personal touch and warm attitude is what sets them apart from the others in the industry.