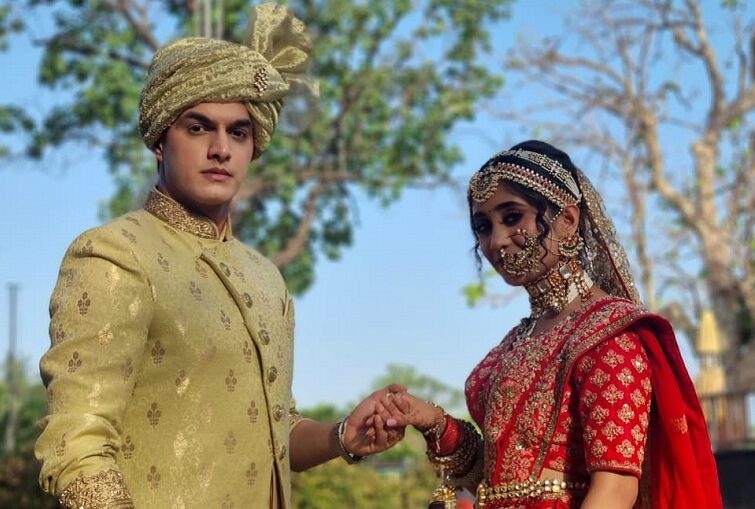 The current track of Rajan Shahi’s Yeh Rishta Kya Kehlata Hai, is revolving around Sirat (Shivangi Joshi) and Ranveer’s (Karan Kundrra) married life but how is Sirat’s concern for Kartik (Mohsin Khan) going to affect it, will be an interesting watch.

Sirat visits the Goenkas and Maudi for paghfera and they are shocked to see her wearing Naira’s necklace. Though they were supposed to give it as a gift to her, they were surprised to know that it was with her all this while.

Later, Kairav (Aarambh Trehan) tells them that it was him who had put it in her luggage. Sirat hears it all and wants to return it but Kartik won’t take no for an answer.

Later, Kairav asks them to play a game where Sirat tells Kartik that he should get married again.

What will Kartik say? How will the Goenkas react to it? ‘Yeh Rishta Kya Kehlata Hai’ is produced under Shahi’s banner Director’s Kut Productions and airs on Star Plus.

Gaurav Khanna to be a part of Anupamaa Prequel Anupamaa: Namaste America