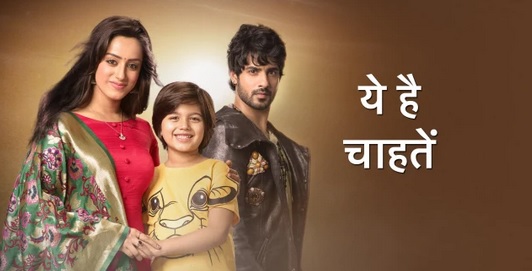 Star Plus’ popular show Yeh Hai Chahatein (Balaji Telefilms) will soon be coming up with a major twist in its story line.

In the ongoing episodes of the series, the viewers have seen that Preesha (Sargun Kaur Luthra) is going to marry Yuvraj (Sidharth Shivpuri). On the other hand, Yuvraj has killed Rajeev (Indraneil Sengupta) whom he was blackmailing after learning the truth of Saransh (Vidhaan Sharma) being his biological son.

As per the on-air promos of the show, Preesha will get trapped in a conspiracy planned by Yuvraj and eventually she lands up in the jail.

We hear that the coming episodes of the show has a lot more drama to unfold as Rudraksh (Abrar Qazi) will hate Preesha thinking that she is the one who is responsible for his brother Rajeev’s death.

Further, Rudraksh will get Preesha released for the sake of Saransh but with a motive to punish her on his own. Rudraksh will forcefully marry Preesha to make her life hell.

This twist is going to further unfold major twists in story line ahead for sure.

Stay tuned to ItsEZone.com for more updates on your favorite shows.

After filing Divorce, Charu Asopa and Rajeev Sen decide to keep their marriage for their daughter Ziana