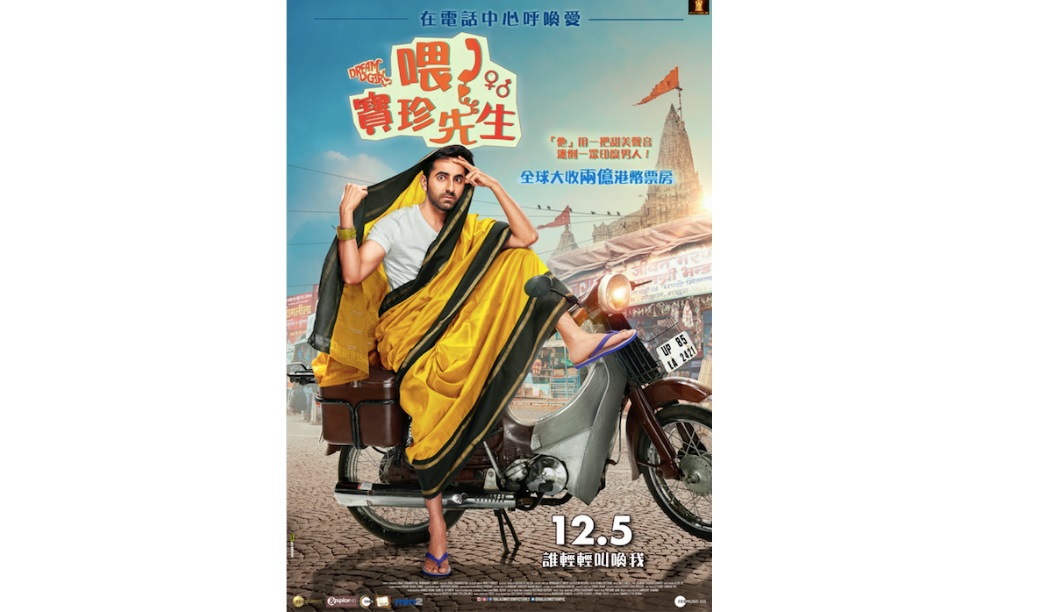 The Balaji Telefilms’ entertainer is also the first mainstream movie of Ayushmann Khurrana to release in Hong Kong. Zee Studios International who distributed the film globally earlier this year, has partnered with MM2 to showcase the film in Hong Kong.

Speaking on the announcement, Vibha Chopra, Head-Global Syndication & International Film Distribution, Zee Entertainment said, “The quirky tale of Dream Girl transcends boundaries! A film that has emerged to be one of the biggest entertainers of the year marks 5th Bollywood release in this non-traditional market after Barfi, Dangal, Secret Superstar and Hichki. It’s always a great feeling to take such films to the unconventional territories and witness diaspora’s reaction towards this film.”

Set in the bylanes of Mathura, Dream Girl is a comedy of errors that stars a crackling ensemble consisting Ayushmann Khurana, Nushrat Bharucha, Anu Kapoor, Vijay Raaz, Abhishek Bannerjee, Manjot Singh, Nidhi Bisht, Rajesh Sharma, Raj Bhansali among others. This Raaj Shaandilyaa’s directorial was lauded for its hilarious storyline and power-packed performances, making it one of the highest-grossing films of 2019.

Gulki Joshi is back as Haseena Malik in Maddam Sir; Watch New Promo

My character Nutan Jaiswal is diametrically opposite to the characters I have essayed in the past: Jayati Bhatia