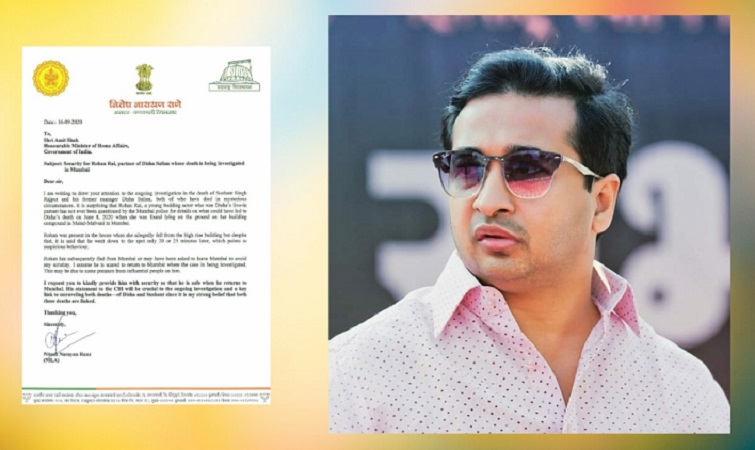 Talking to a news channel, Nitesh claimed that Disha’s fiance Rohan Rai knows everything and he should be investigated by the investigating agency.

In the letter written to Union Home Minister Amit Shah, he has requested to provide security to late Disha Salian’s fiance Rohan Rai. It is being said that Rohan has fled from Mumbai post Disha’s death. He hasn’t even been questioned by the Mumbai Police in Disha’s death case. Nitesh feels that may be Rohan is not returning to Mumbai due to some pressure from influential people on him.

Read the letter below –