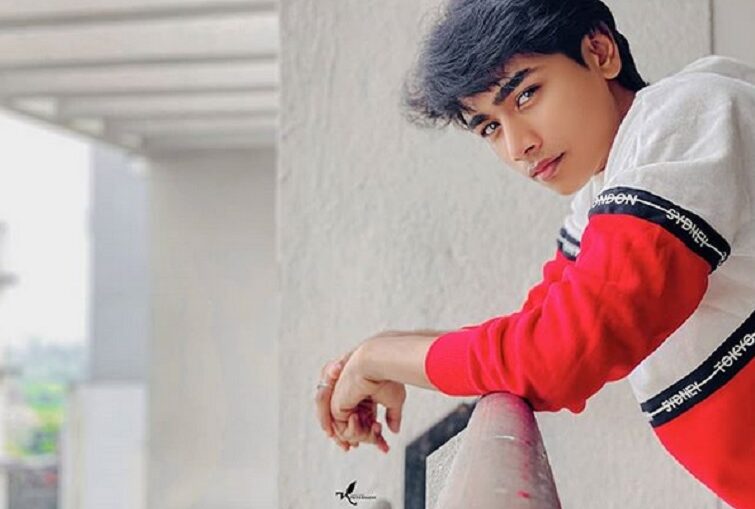 Young talent Kartikey Malviya is all set to rule the small screen once again with his acting skills.

Kartikey Malviya, who was last seen on popular shows like Karmaphaldata Shani & Chandragupta Maurya has bagged a new show.

The young lad will soon be seen on Star Bharat’s mythological drama RadhaKrishn.

As per the reports, he has been roped in to play Krishna’s son on the show.

We have learned from our sources that Kartikey has already reached Umbergaon for shooting and he is currently under quarantine period before he begins shooting for the daily.

Are you all excited to see your favorite star back on the small screen? Comment below.

Waw!Kartikey you are great and you are so popular we your fans will always support you I love you kartikey / kahna😊

I look forward to this. I really want to see Kartikey’s movie❤❤❤

I am very happy to hear this good news that Kartikey will be back shooting again .
Kartikey🤩 spirit

We are really eagerly waiting.. happy to hear this king of astonishing news

Always support him whatever his role is😍😍😍🔥🔥🎥. Waiting for u bhaii🔥🔥🔥💚

Eagerly waiting❤❤❤ with lots of love

Hero is back ❤kartikey

I am very impatient with your acting 😍😊🥺❤️

wow .. I’m so happy my idol has appeared on the small screen again ♡ _ ♡, success is always my idol I really love you ♡

I am very excited to see my idol in screen back

I am very excited to see my idol in screen back❤

I am very happy when Kartikey Malviya becomes an actor in a film, because the inspiration can be. especially if it is broadcast on ANTV (Indonesia) that’s all from me. Thank you, hope it helps .. Good Luck Kartikey

really happy reading this article artikelsuccess for my idol kartikey❤️

I am really very happy to hear this news, finally after the Chadragupta series whose role has been replaced will finally be back in the new Radhakrisna series thank you very much I am very happy

Yeah waiting eagerly .100% very sure that he will be the apt choice n very glad n grateful for choosing kartikey as Krishna’s son .want to see his divine look .

Yeah. I am very glad to hear it. Always success for all Kartikey team. Hopefully all the filming process will go smoothly.
Good luck Kartikey. God Bless You!

Feeling excited when know him back to show. Finally, I will see his action again. The best one I love, Kartikey😍😍😍😍. See you soon😊😊

I am very happy

Yes, We are all very happy that our favorite star Kartikey has returned for a small fee and we are looking forward to seeing Kartikey Malviya on the small screen.

Proud of you kartikey 🙆

I very fens with you . I wash we can meet …. Yo very good akting .I very like . Kartikey Malviya .I sey good bye .

I very fens with you . I wash we can meet … You very good akting . I very like . Kartikey Malviya .I sey good bye .

Wow! I am so glad to see Kartikey Malaviya in small screen again.