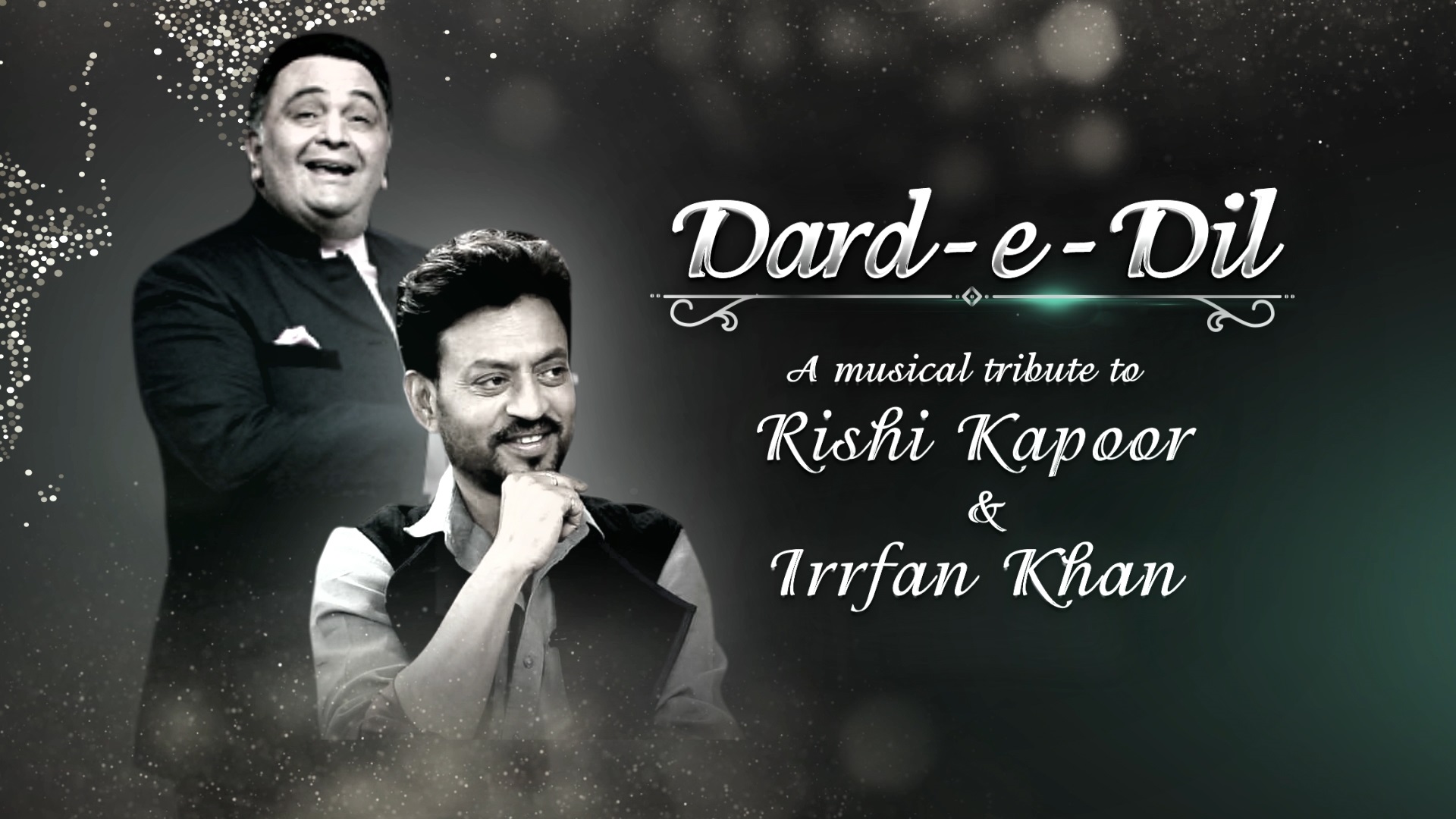 Last week turned out to be a dark one for the Indian Cinema as two iconic actors, Rishi Kapoor and Irrfan Khan, consecutively left for the heavenly abode.

Their passing left a void in the hearts of their fans and loved ones that cannot be filled. They both epitomized brilliant talent and acting styles while making us laugh, cry, and rejoice with their films.

Saluting the greatest men of the industry, COLORS is set to air a special musical concert – Dard- e- Dil : A musical tribute to Rishi Kapoor and Irrfan Khan on Sunday, May 10, 2020 at 12 noon and 5 PM. It will have popular artists from the fraternity uniting to celebrate the lives and achievements of the superstars.

While the artists will perform from the confines of their home, they will come together in spirit to pay homage to the stalwarts. The concert will feature a bevy of celebrities including comedian Bharti Singh and Harsh Limbacchiya anchor Maniesh Paul, singers Sukhwinder Singh, Aditya Narayan, Abu Malik, television actors Hina Khan and Devoleena Bhattacharjee, Arjun Bijlani and Rising Star contestants. Taking a trip down the memory lane, the artists will share their nostalgia-filled eulogies along with performing soulful renditions of late Rishi Kapoor and Irrfan Khan’s including songs like Suit Suit Karda, Masoom from Madari, Teri Umeed Tera Intezaar, Om Shaanti Om etc.

Manisha Sharma, Chief Content Officer, Hindi Mass Entertainment, Viacom18,“We lost two of Bollywood’s gems – Rishi Kapoor and Irrfan Khan last week who brightened up our lives and entertained us until their last breath. Owing to the lockdown, the fans could not give a befitting farewell to their favorite stars and we wish to give them an opportunity through our special episode – A Tribute to the Legends. They left an everlasting impression on our minds with their films and songs and that’s how we wish to remember them – through art and music.”

Bharati Singh says, “This tribute is a great chance for us to pay respects to these two legends of Bollywood. Both Rishi Kapoor ji and Irrfan Khan have given so much joy to us fans through their work. The last week was indeed the worst week for Indian Cinema as we lost two legends one after the other. They may have gone from the world but they will live in our hearts forever through the work they have done. I am honoured beyond words that I have been chosen to give tribute to them through this concert. We will celebrate their unforgettable contribution to Bollywood and pay the tribute.”

Fans are totally disappointed with the writers and makers of Anupamaa for today’s episode; Know why