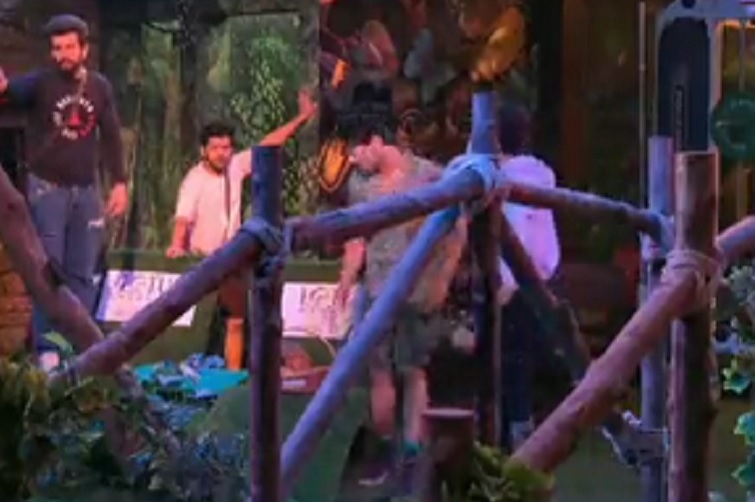 Bigg Boss 15 contestants Umar Riaz and Simba Nagpal indulged into physical and verbal spat in the recent episode of the show.

Umar and Simba’s video is going viral on the internet in which Simba is seen pushing Umar during a task and the latter falls into the pool. Simba questions Umar for his abusing words and later Simba pushed Umar with full force. Umar’s fans got angry at Simba and they took to Twitter to trend different hashtags to show their support to Umar.

Fans used the hashtag #JusticeForUmarRiaz and the tagline ‘EVICT SIMBA NOW’ on Twitter asking the channel to take action against Simba. Both the tags made it to the trending list on Twitter with Lakhs of Tweets. Watch the video right here –

Fans are also angry on Simba because of his terrorist remark for Umar Riaz. In a conversation with Umar, Simba told him that ‘You look like a Terrorist with the Surma’.

This remark didn’t go well with the fans and they slammed Simba and the channel, demanding for his eviction from the show. Some even mentioned that they want to file a complaint against Simba for his terrorist remark for Umar. Watch the clip and fans’ reaction below –

What’s your thoughts on the same? Do tell us in the comment section below.