Skip to content
You are here
Home > Digital > Amazon Prime’s Tandav lands in a controversy; #BanTandavNow trends on social media 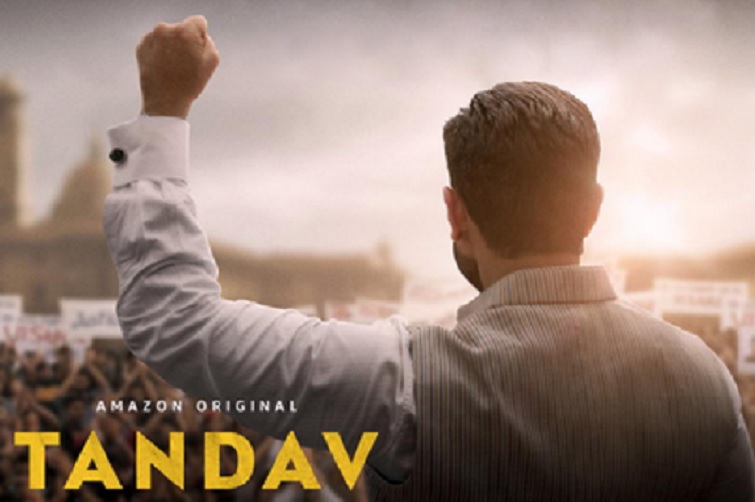 Its been just a day of its launch and Amazon Prime’s newly launched series Tandav has landed into a controversy.

The multi starer web series has been receiving a lot of flak from the audience on social media demanding a ban on it.

There are a few scenes in the series that are disrespecting Hindu Gods which is totally unacceptable to the audience. The Netizens are roaring on social media demanding a complete ban on the series by trending the hashtag #BanTandavNow with over two Lakh tweets.

Some of them are even tweeting to Information and Broadcasting minister Mr. Prakash Javdekar to implement a ban on the series. Take a look at some of the tweets –

#BoycottTandav
This is the mockery of our religious belief. These film makers has been doing this kind of shit intensionally.

Why they are trageting hindu gods ?
Why they didn’t use prophet Mohd instead of lord Shiva 🙏
So boycott this.
Dear @PrakashJavdekar ji#BanTandavNow pic.twitter.com/KPd6ngBEmv

Promoting another caste in the name of caste has become the attitude of Bollywood which is promoting riotous violence in the country. Insulting any religion is a ruthless crime. We should all boycott Bollywood @PrakashJavdekar #BanTandavNow #BoycottTandav #TrackDownSSRKillers pic.twitter.com/7MlqHbYzg1

#BanTandavNow another normal day in India.Just some peaceful like @aliabbaszafar @Mdzeeshanayyub #SaifAliKhan just mocking hindus and making fun of Hindu gods. Dressing like ShivJi and saying “what the fuck” is completely normal in India now.Jisko problem hai use Bhakt boldo. pic.twitter.com/zmpWyQg95C

I respect all religions but will not tolerate repeated insults of Hinduism
Supporting any celebrities first does not mean that they tweet to promote anti-Hindu web series Tandava
Such celebrities will also have to face Boycott again
Aise celebrity samman kho diya#BanTandavNow pic.twitter.com/kO5BErlBj0

What are your thoughts? Let us know in the comment section below.