Skip to content
You are here
Home > Telly-Zone > Anupamaa Upcoming: Vanraj regrets falling in love with Kavya; Kavya in trouble 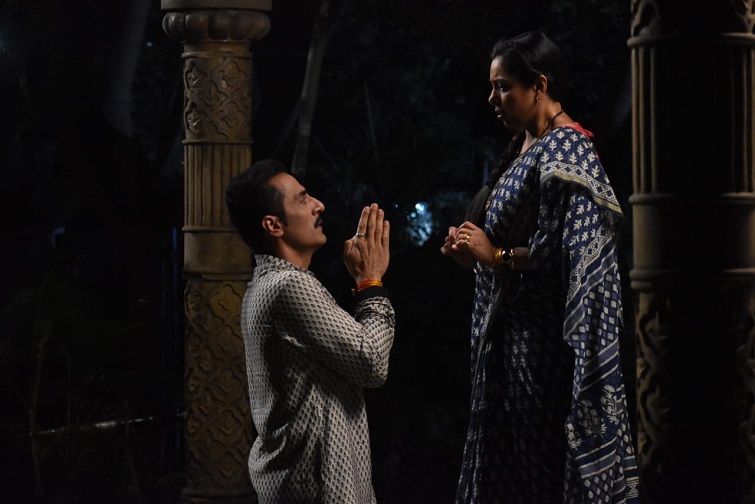 The divorce date is finally here in Rajan Shahi’s ‘Anupamaa’. Just one more day and AnuRaj will part ways forever. That doesn’t mean the audience can’t expect some high-level drama in the upcoming episodes.

Recently, we saw that after Kavya (Madalsa Sharma) broke the news to the Shahs that Anupamaa (Rupali Ganguly) and Vanraj (Sudhanshu Pandey) will be getting divorced the next day, the family was shattered hearing this. Seeing them like that Vanraj couldn’t control his anger and blasted at Kavya. He tells Kavya that he had requested her to let his family live in peace till the divorce, and she couldn’t do that. He tells her that because of what she did now he won’t be going to the court tomorrow, neither he will divorce Anupamaa, nor he will come back to her.

Vanraj is mighty angry with whatever Kavya has been doing of late, and has even called her insensitive for being so obsessed with his and Anupamaa’s divorce. In his anger, Vanraj even questions himself why he fell in love with Kavya, why did he ruin his perfect relationship with Anupamaa and why did he destroy his happy family. If Vanraj had a chance to go back in time and fix everything, he might do that too.

In the upcoming episode, we will see Vanraj and Anupamaa having a heart to heart conversation and both of them will get emotional. Meanwhile Kavya has taken some pills and is unconscious. Will Kavya be fine? To know what happens next keep watching ‘Anupamaa’.

Produced by Rajan Shahi and his Mother Deepa Shahi under their banner Shahi Productions Pvt Ltd, the show airs on Star Plus.

Anupamaa Upcoming Episode: The Shah family ends Holikadahan with some music, dance and an open challenge