Skip to content
You are here
Home > Television > Anupamaa Upcoming: Samar performs a Tandav to express his anger; Vanraj asks him to leave the house with Nandini 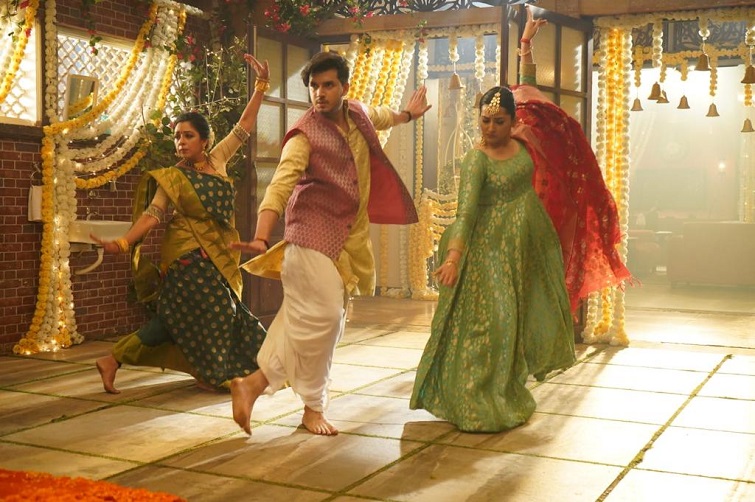 The recent episodes of Rajan Shahi’s ‘Anupamaa’ have been all about Vanraj Shah (Sudhanshu Pandey). The once fierce and dominating Vanraj is at the point of a breakdown, he still doesn’t have a job in hand, he is fighting a war with his son and then there is the guilt of not been able to protect Kavya (Madalsa Sharma) and also of hurting Anupamaa (Rupali Ganguly) in a million ways.

A day before MahaShivratri when Vanraj finds Samar (Paras Kalnawat) talking to Nandini (Anagha Bhosale), he warns him of not going against his will and call Nandini for the puja. Once the puja starts Vanraj gets to know that the last company where he had sent his CV has rejected it. He is upset and angry but can’t show it to anyone.

The puja starts and after getting Mahadev ready Vanraj sees Nandini standing at the door and Samar holding her hand. This makes him more angry, but Samar is furious too and to express it he performs a Tandav. While Paritosh (Aashish Mehrotra), Anupamaa and Nandini too join in, it was mainly him expressing his anger through his dance.

In the upcoming episode we will see that Vanraj asks Samar to leave the house with Nandini, to this Samar replies that it’s not his house but his Mother’s. How will Vanraj react to this? Vanraj is already going through a lot, and Samar’s rebellious attitude makes his breakdown. Will Anupamaa support him? Also, will Kavya let him leave his home? To know what happens next keep watching ‘Anupamaa’.