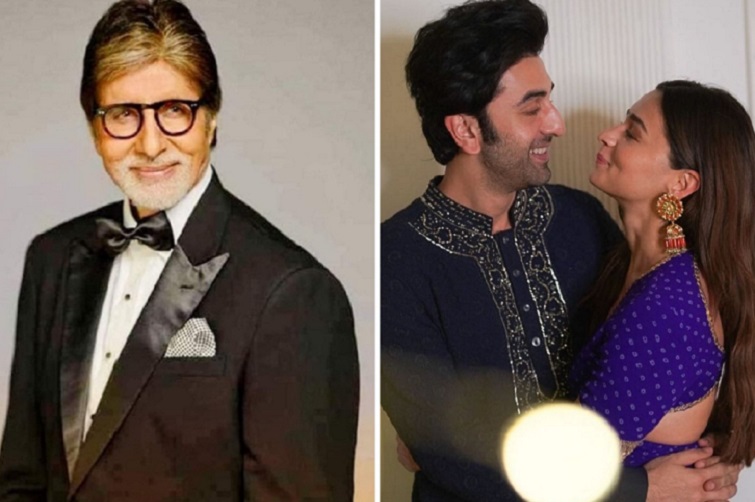 Bollywood actors Ranbir Kapoor and Alia Bhatt are all set to tie the knot today in Mumbai.

The couple’s wedding is going to be a very private affair in presence of their family members and very close friends. Till yesterday, everyone close to the couple was tight lipped about the wedding buzz. However, the speculations through media reports just couldn’t stop flowing.

In between all the marriage buzz of Ranbir and Alia, Megastar Amitabh Bachchan took to social media to extend his heartfelt wishes to the couple.

Amitabh Bachchan has also played a key role in Ayan Mukerji’s upcoming film Brahmastra with Ranbir and Alia. The film has played an important role in Ranbir and Alia’s love story. The couple fell in love with each other while shooting for this film.

Sharing the teaser of romantic number Kesariya from the film, Big B wrote – ‘Wishing our Isha and Shiva all the Love, Luck and Light as they gear up to embark on a very special journey in the coming days ❤️
Let’s kickstart the celebration with something special from Team Brahmāstra ✨ #Brahmastra ‘

The film Brahmastra will be released on the 9th of September this year.